Composer and musician, historian and journalist, film maker, podcaster, activist, and kayak instructor, Bob Ostertag’s work cannot easily be summarized or pigeon-holed. He has published one feature film, seven books, more than twenty CDs of music, one DVD, and two podcasts, and was an original member of the media guerrilla group The Yes Men.

His writings on contemporary politics have been published on every continent and in many languages. The topics of his books range from music composition to climate change, endocrinology to civil war, and migration to dancing and yoga.

He currently runs one podcast on poverty with Maureen Taylor, lifelong soldier for the poor and State Chair of the Michigan Welfare Rights Organization, and another which features queer oral histories of the San Francisco Bay area. He works with Manos Amigues, an LGBT-run soup kitchen in Mexico City, as well as Kebaya, a shelter for victims gender and sexuality based violence run by Waria (traditional Javanese transwomen) in Yogyakarta, Indonesia. 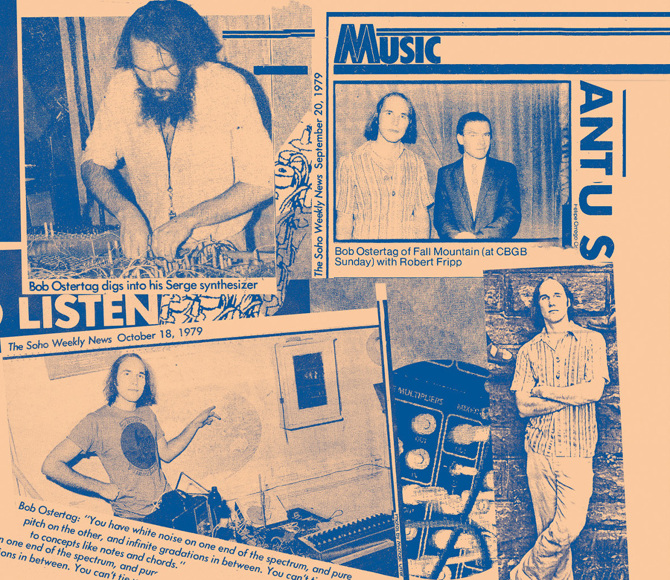 In 1979 he settled in New York City and became a key part of the late 1970s “downtown” scene along with John Zorn and Eugene Chadbourne.

He left music for most of the 1980s and immersed himself in the Central American revolutionary movements of the time. His goodbye to the Salvadoran revolution, a composition titled “Sooner or Later,” is considered a classic of electronic music.

In March 2006 Ostertag made all of his recordings to which he owns the rights available as free digital downloads under a Creative Commons license.

His 2012 book (co-authored with Jane McAlevey) on labor unions was named by The Nation as “the most important book of 2012.”

The Wire called his previous book, Creative Life, “the most lucid philosophical work on music, culture, and politics since Steve Reich’s Writings on Music.”

In 2015-2016 he went on a 13-month world tour, playing venues from the Strozzi Palace in Florence to a campesino village in the mountains of El Salvador to the port city of Makassar on the island of Sulawesi in Indonesia.

In 2020 he found a publishing home on PM Press, and published both Facebooking the Anthropocene in Raja Ampat and A Home Yoga Companion that same year.